Member of Parliament for Klottey Korle constituency, Dr Zanetor Agyeman-Rawlings has chided the ruling government together with its officials in charge of the distribution of food meant for the less privileged and vulnerable in society on a partisan basis.

According to her, it’s wrong for them to tow that line, therefore asking the government to account for GHC2m funding for food.

“It is time to account for who is receiving the money and who is the food going to? We need greater transparency,” she angrily said.

Dr Rawlings alleged that, she has equally been sidelined on these humanitarian projects as she has not been informed by any member of the ruling NPP on how they plan on distributing food in her municipality.

She lamented, “as a member of parliament, I am an ex-officio member of the municipality which means I should be informed on what is going on. I do not know what is going on with regards to the disbursement of funds, or the distribution of food. All I know is there are women here with their children who are sleeping outside because they have no chance to work, because they’ve not been allowed to go back home and they are not getting fed.”

Zanetor’s comments came when she took it upon herself to feed the over 100 Kayayei’s who were not privileged to receive some of the food from the government because they don’t belong or are not affiliated to the ruling NPP. 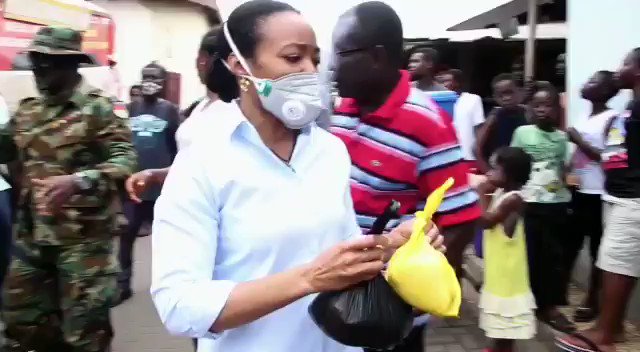 “Extinguishing the Needless NDC’s Propaganda Fire Over the New Voters Roll, A Case of the Current Exhibition Exercise”

Ghanaians are running away from the NDC manifesto?

He can be domineering, vindictive and dominating – Ahwoi on Rawlings’...