Ahead of their Ghana Premier League week 15 tie, Accra Great Olympics have fired a salvo at rivals Accra Hearts of Oak.

On Wednesday, the two foes will face each other in a tie dubbed the ‘Landlords versus the Tenants’.

Olympics have over the years lay claim to being Accra’s only traditional club.

Fans of Hearts of Oak have always contested that statement, insisting they are the biggest club in Ghana’s capital.

The Accra Sports Stadium will on Wednesday host the Accra derby and Olympics are already warning their rivals.

The club which has a dozen nicknames riled up Hearts fans in a tweet that sought to belittle the beauty of the Hearts jersey.

The tweet reads “True Landlords of the capital!… not those lotto kiosk colour boys”.

Though Hearts was not mentioned in the tweet, the PRO of the club confirmed on Adom FM that the19-time league winners were the target of the tweet.

Saint Osei criticized the design of the Umbro jersey and also talked up his team’s chances.

The PRO of Hearts of Oak, Kwame Opare Addo has in an interview with Asempa called on fans of the club to come out in their numbers and support the players in Wednesday late kickoff.

Hearts have been tagged draw masters after drawing their last three matches.

They had to rely on Mohammed Alhassan late goal to pick a point against Inter Allies last Sunday.

True Landlords of the capital!… not those lotto kiosk colour boys 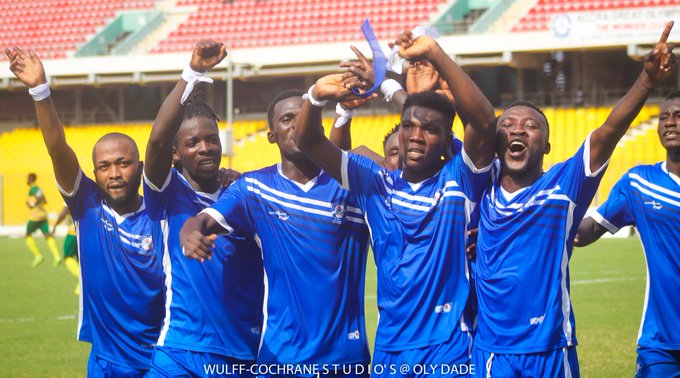 607 people are talking about this

Keep to Coronavirus protocols as you return to school

SKILLS MAMA is really grateful for your unconditional love you always...

Ghanaians are being ignored by the country’s embassy in Togo –...