Former President of MUSIGA, Bice Osei Kuffour has reacted to reports he has tested positive to the deadly coronavirus which is alleged to have killed his father, MyNewsGh.com reports.

There were reports in sections of the media that suggested that Obour had been infected by COVID-19 after his father was killed by the virus.

But in a tweet, the New Patriotic Party (NPP) Parliamentary candidate aspirant for Asante Akyem South denied the report.

He described the claims by some faceless persons as fake and unfounded and urged the public to treat them with the contempt they deserve.

Obour’s father is part of the five people who have lost their lives due to the deadly virus.

Reports in some sections of the media suggest that Obour after sending his father to the Ridge Hospital did not inform the medical personnel of his travel history and that he had been tested for COVID-19 awaiting results.

This according to reports in the local media put the life of 15 health personnel at the Ridge hospital in danger.

Obour has vehemently denied the claims and has said his God will speak for him. 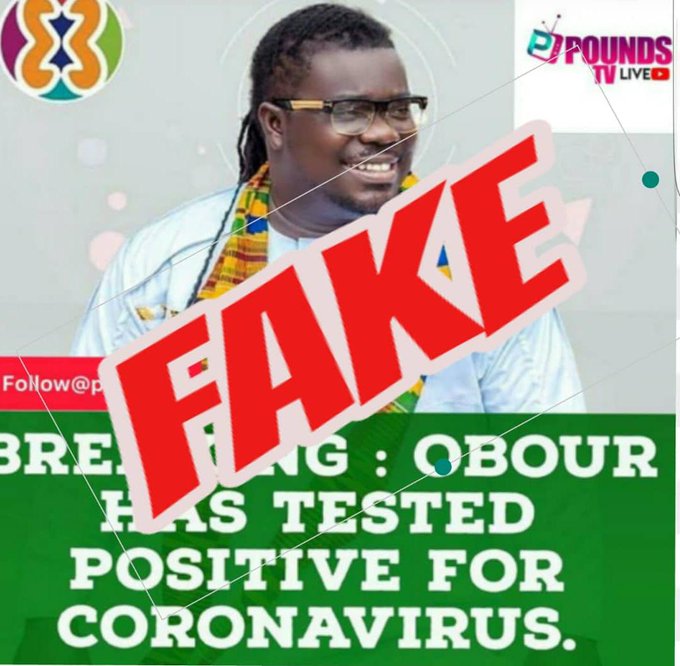 Current voter register CAN’T be used for any CREDIBLE elections –...

Your wife is your lifetime project, she is a mirror through...

I will deal with you ‘spiritually’ – Obinim replies Kennedy Agyapong

I Will Make Nigel Gaisie Vomit His Nonsense Threats On Me...