The intervention of ‘Berekum Jesus’ was not even enough to save Berekum Chelsea from the spell cast on them on Saturday by the mesmeric Victorien Adebayor.

Chelsea lost for the first time this season at home which was gradually turning into a lion’s den until Adebayor made it his playground.

Two goals from the Nigerien import and the other from Samuel Armah consigned the host to a 3-1 defeat at their own grounds.

In attendance was a man dressed mimicking comic actor ‘Mmebusem’ popularly referred to as Ghana Jesus but the ‘divine’ presence of ‘Berekum Jesus’ who was accompanied by one of his disciples ‘Gattuso’ was not enough to save Chelsea’s blushes from Adebayor’s spell.

This ‘Berekum Jesus’ failed to exorcise whatever possessed Adebayor to tear them into shreds on Saturday.

Even ‘Berekum Jesus’ couldn’t save Berekum Chelsea against Victorien Adebayor 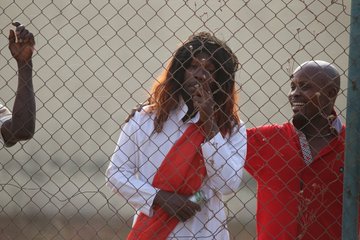 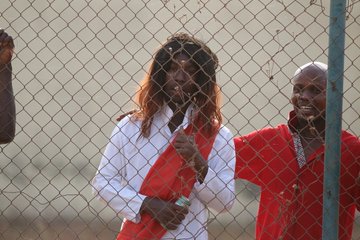 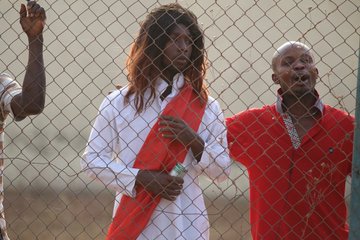 GHANA GAS HAS BEEN TRANSFORMED INTO A SUSTAINABLE POWER DELIVERY UNDER...