Asante Kotoko head coach Maxwell Konadu has weighed in on the potential impact Sulley Muntari and Asamoah Gyan can have on the Ghana Premier League.

The duo has been linked with a sensational return to the local league in the ongoing transfer window.

Muntari is rumored to be a subject of interest for Accra Hearts of Oak. The former Inter and AC Milan midfielder is currently unattached after leaving Spanish outfit Albacete in 2019.

While Gyan, who is a boyhood Asante Kotoko fan is believed to be considering a move to the Porcupine Warriors.

The 34 year old striker is currently unattached after he was released by Indian Super League side NorthEast United in January.

Maxwell Konadu in a tweet on Tuesday shared his thoughts about this exciting new development.

Maxwell Konadu roots for Muntari and Gyan to return to GPL

I fully respect yr opinion but, the industry is fully aware what these 2 great players can bring to our league. 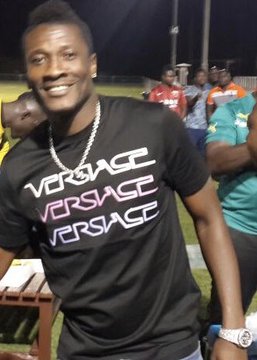 We have prosecuted over 40 NDC appointees – Dr. Bawumia

Ahwoi predicting the defeat of NDC in 2020 and seeking to...

Coronavirus could be airborne – WHO study reveals

Coronavirus: I lost 5 kilos in 5 minutes waiting for my...